Covid-19 and the conspiracy theories 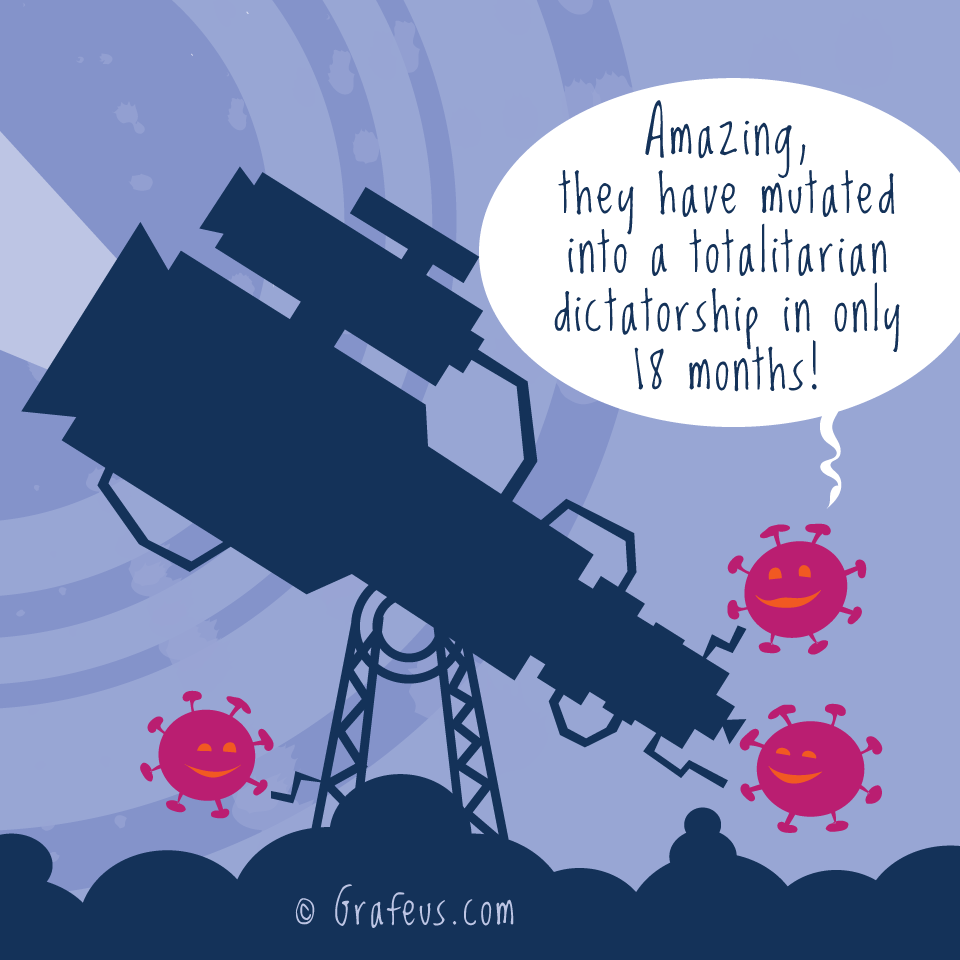 I am amused by the myths and mysteries of the past. And today’s conspiracy theories can usefully be seen as our equivalent to these phenomena. Often there is some sort of basis for the ideas, but they are embroidered, and presented as if they were planned and put forward by a number of conspirators.

This elite assembly, often called the globalists, consists of wealthy people in the financial and/or IT sector. They have a hidden agenda, which may take different forms (more on this below), and they seek to manipulate the world for their own long-term gain.

The most common conspiracy theories surrounding Covid-19 are about the disease itself, the vaccine, the vaccination passports and the mass hysteria that has emerged in its wake.

Conspiracy theorists sometimes downplay Covid-19, equating it with the common cold. We know that corona is relatively risk-free for healthy younger individuals. But it is somewhat worse than previous influenza, especially for risk groups, while we must not forget that even old viral diseases took lives, especially among the elderly, sick and infirm. A truly balanced view of the matter seems to be lacking among both conspiracy theorists and the true believers.

The degree of mortality is also a matter of balance. If a 90-year-old dies of seasonal flu or corona, the cause of death may not be the virus, but the sum of all the age-related ailments the person is suffering from. Influenza was simply the straw that broke the camel’s back. Conspiracy theorists note that most other viruses seem to have disappeared, that only one remains, and that all manner of causes of death are too broadly attributed to Covid-19.

Obesity also appears to be a trigger. In a world where more and more people are overweight, where obesity is normalised in the media and advertising, where the shame of being overweight is removed, and replaced by some kind of misplaced pride in one’s body. In such a society, of course, the reporting of the corona also becomes a problem. Should the media report that intensive care units are full of fat people? Or is it just normal to be a bit overweight? And on top of that to suffer from a lot of secondary diseases, such as severe Covid-19?

And in addition to the disease itself, there is the reaction to it. The media have been pumping out frightening and alarming news for almost two years. Every day we are reminded of the corona, even though it does not really have the dignity of a real pandemic. Not as many people are dying as in the plagues of the past, far from it. One wonders what would happen if a real pandemic spread, like the Spanish flu or similar? Conspiracy theorists argue that the media image is highly skewed, but this particular aspect may not be so different from the public’s concerns. Most people are tired of the intense reporting.

Another thing that contributes to conspiracy theories is the ease with which world leaders unanimously shut down our societies. In some countries, even curfews were imposed, with people forced to stay in their homes and only allowed to go out to buy food and other supplies. Many people’s livelihoods and economies were overturned, while some were able to continue working online via video-conferencing etc. The conspiracy itself amounts to the concept of The Great Reset, where the world economy is about to be transformed, and citizens risk losing rights and economic freedom. The Great Reset has been discussed at the World Economic Forum, among others, whose members are considered to be part of the global conspiracy.

The vaccine itself is also criticised as being new, untested and experimental, as it has not been tested for a long time, over several years, in view of long-term side effects. The vaccine is considered dangerous, that it can affect our DNA, as well as lead to blood clots, infertility and other problems.

The really hard-core conspiracy theorists say there is a deliberate underlying agenda. Now we’re seriously leaving the mainstream behind. It’s all about reducing the world’s population, orchestrated by the aforementioned globalists, who have a kind of eco-fascist agenda, and are working to increase their power and wealth. A world with radically reduced population is seen to suit all their purposes.

Finally, we have the safepass or so-called vaccine passport. It is about citizens having to show a document to work, shop and move freely in society. Some countries are considering this, others have already introduced it. The requirement is often vaccination or regular testing. This is, of course, a huge failure for the free West. We have long prided ourselves on all our freedoms and rights, as opposed to dictatorships and totalitarian societies.

Now we may be getting there ourselves. With our well-developed information technology, digital vaccine passports can of course be used to track and monitor citizens’ activities. And that is considered to be the goal, to create a system similar to the Chinese social-credit system. A totalitarian state should keep an eye on its subjects, so that they do not conspire or revolt. And the restrictions can hardly be implemented unless there are extraordinary reasons, a global pandemic could be such a pretext. People are scared, they accept temporary vaccine passports, they will do anything to get back to normal. The conspiracy theorists say that people are selling their freedom and dignity, and it will be virtually impossible to return to the good old days, when new viral mutations and new states of emergency will be introduced and will follow hand in hand.

Of course, it may be that society is going in the wrong direction, without an underlying conspiracy. It may simply be a set of unique, independent and erroneous political decisions, interacting and leading us wrong. Conspiracy theories are mainly about seeing connections, and providing explanations for what is happening. We can be cold or moderately curious about these explanations. Or we can see them as myths and mysteries, completely isolated from the fact that our society is indeed facing a series of dramatic challenges, and that we have chosen a regrettable and highly pernicious path.