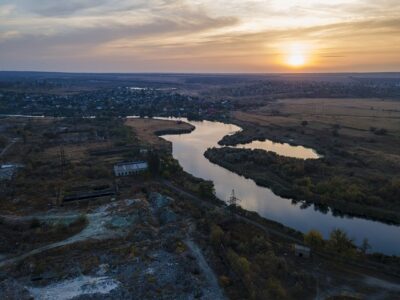 Many see the conflict in eastern Ukraine as an outright Russian occupation, ignoring the possible right of ethnic Russian regions to self-rule or secession. Ukraine is seen as a normal democratic Western country, while the Russians are the undemocratic aggressors, using the Russian minority as leverage for their imperialist ambitions.

If, for various reasons, one is convinced of this version, then it is easy to choose sides, and it does not require much thought. If, on the other hand, one is in doubt, there are of course other tracks in this conflict.

Let us consider the concept of secession. Do regions, or parts of regions, really have the right to leave a state? Either to become independent, or to join another nation? And if so, how should this be done? I’ve touched on this before.

It should be borne in mind that many existing nations were created by secession. The phenomenon cannot be dismissed entirely. Some (especially in libertarian circles) argue that there is a kind of ideological formula, that all regions always have the right to secede, for whatever reason. Others argue that it is more complicated than that.

The United States’ breakaway from the British Empire is also an interesting nation-building exercise, involving war, goodwill and luck. Had the project not been supported by parts of the ruling class in Britain, we probably would not have a United States today. Vested interests, infighting and economic considerations can be important enough in the birth of a nation. Other successful secessionist countries include Norway, Finland, the Czech Republic, Slovakia, Ukraine, etc.

And although many try to hide behind home-grown ideological curtains, the right to secession is hard to question. And it will also be difficult to dismiss the rights of ethnic Russians in Ukraine. Of course they have the right to their language, culture, schools and education, just like the different language groups in Switzerland and Belgium, for example.

But regardless of the possible suffering of ethnic Russians, does Russia have the right to interfere in the conflict? Do they have the right to start a war, which may lead to a third world war? What do Putin and the Russians really want?

The simplest answer to this question is that they are doing the same thing as the US, but within their own sphere of interest. The Russians see themselves as the world’s policeman in their own right, and Ukraine is their Korea, Vietnam, Iraq or Libya. There is really not much to talk about, war is a kind of extension of politics. When the words run out, the guns take over. Great powers can take these rights, and that goes for the US, Russia, China etc. If we close our eyes to the pointless wars of the US, then we should close our eyes to the wars of the other great powers.

Perhaps it is no more difficult than that?

But wait a minute, after all, Russia is Russia. We are afraid of the Russians, they are undemocratic and belligerent. We do not belong to their team, and it does not really matter what Putin says or thinks. We will not play with them. That’s just the way it is. And even if the Russians were ever right, we don’t have to admit it. There are watertight bulkheads between our nations and cultures. That’s just the way it is.

Well, people with a more lively intellect can probably take a liking to both Russia and its people, culture and history. Perhaps the contribution of the Slavic people to world history is even underestimated? After all, they colonised all of northern Asia up to the Pacific Ocean, launched the first satellite into orbit around the Earth, and sent the first man into space. You can’t take that away from them.

We Westerners are happy to beat our chests for democracy and freedom, but we elect demented lunatics as presidents, force citizens into room confinement and take experimental vaccines. We call our oligarchs entrepreneurs. And when we catch them trying to bribe politicians and officials, we think it’s a scandal, but we know it happens all the time.

Our societies have come to resemble each other more and more. West and East meet around surveillance and control. And maybe this is where the shoe pinches? After all, we don’t really have the moral high ground anymore. Not very much anyway. Two post-democratic systems at each other’s throats. The Russians point to how we treat dissidents like Assange or Snowden. While we point to Russian liberal activists who have fallen from grace.

Is this how it’s going to be? The tune of the future? Two thieving societies struggling to get along. With a lying elite living in a state of flux. Where citizens either play along or are censored and ignored.