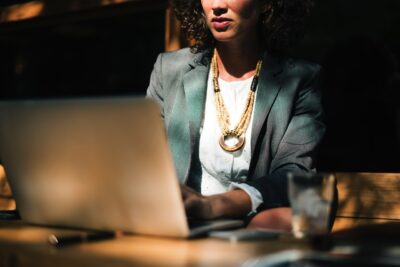 We can state the following, since women entered the labour market, wages have decreased. Of course, it’s all about supply and demand; the more people competing for jobs, the more you can squeeze wages, at least initially.

In the past, a middle class man could support a whole family, that is no longer possible, now both the man and the woman have to work to maintain their middle class house, car and lifestyle.

We can also note that the birth rate has decreased since women started working. And it is perhaps not so strange, if women instead of staying at home and starting a family seek out the working life, then they will give birth to fewer or no children. Children are mostly an obstacle, especially if you want to move up the hierarchy and fight for the leadership positions. Childlessness and single life are encouraged in the media and TV series, it’s as if the whole society has ganged up against the family.

The supply on the labour market grows if fewer women stay at home with children. And according to the law of supply and demand, wages can thereby be kept down. Women are also encouraged to apply for technical professions, even if many do not want to (for whatever reason), this is considered an important thing for equality. On the one hand, the women must go into working life, and on the other hand they must study mathematics and technology. And even if feminists scream about giving women freedom of choice, it is never about the freedom of choice to stay at home with their children, no, they should go out into the working life and preferably become engineers. It is a rather strange feminism. Freedom and opportunities should result in pluralism, that we choose differently, and that applies to both men and women.

It is also a poorly hidden truth that women are more compliant and less combative in salary negotiations. So, where the women come in, there the wages go down. We see it happening in schools, education, administration, media, etc. Formerly high-paying jobs that are slowly losing both status and wage growth.

You could almost believe that big business and feminists go hand in hand?

Everything I describe above is in the interests of the entrepreneurs – to expand the workforce, to get people to stay at home as little as possible, and to increase the supply even in high-paid jobs so that wages can be depressed.

There are few ways to reduce production costs; we have come a long way in terms of machine efficiency, what remains are the salaries that make up a significant part of the companies’ expenses. For every week that a mother does not spend with her child – but instead works – the companies make more money. Look at it in a societal perspective that includes millions of working mothers. Millions will be saved, both in terms of money but also efficiency. You don’t have to bring in replacements, temps, hire new people who have to be trained, etc., etc. We are all turning into small, efficient robots that spend more and more time at work. Feminism becomes a perfect tool for the companies, who are more than happy to sponsor their activities and activism. And it also gives the big companies much-needed virtue points, so they can continue to spew poison into the forest with a clearer conscience.

We have a similar situation with immigration. The constant addition of new people keeps wages in check, whether we have unions or not. Supply and demand also apply here. Quoting people based on criteria other than merit is also a way to keep wages down, even if you shoot yourself in the foot in the long term.

People often complain about socialists and left-wing liberals, how they hinder development with taxes, fees and unnecessary bureaucracy. But it is not only the left that causes problems in society. The new situation is about the sudden convergence of many seemingly separate social forces. Feminism and mass immigration give the left new votes in the elections, while giving the right lower wage costs and more efficient workplaces.

A strange symbiosis. And maybe it is naive to think that the world will always look the same; theses and antitheses are merged into syntheses, an incomprehensible development for those who do not see through the charades. We have a similar seemingly illogical development in the environmental movement, where oil companies sponsor environmental activists, first because they were against nuclear power (just like themselves), but then for other reasons.

But no one asks for the peoples voice. Nobody cares about the long-term development, and what effect childlessness and career worship has on a society over time. Even the critical voices are tricked into merely following a track, without seeing the whole game plan in front of them, so that a real and comprehensive social debate can be sparked. Don’t be fooled by the pretentious pie-throwing that takes place between left-wing activists and corporate hotshots, they are now best friends.