In the dark wake of progressivism 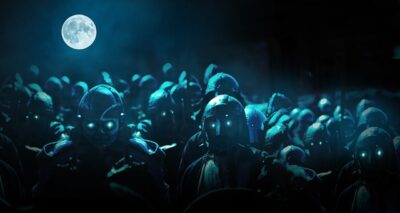 In a society that previously celebrated progressivism and radicalism, it is now difficult to be radical. It hardly works in politics where there is some kind of left-wing conformism, the same in philosophy and social science, where new ideas are forced to pass through a filter of various climate and woke ideologies. Dissenting thoughts are often placed outside the playing field and labeled as non-inclusive, phobic, conspiratorial, etc.

The only area where some progressivism is allowed is in the sphere of sexuality. And we see strange behavior that flirts with pedophilia and sexualization of minors. I am referring, among other things, to the accusations against the fashion company Balanciaga, but also to the increasingly abundant supply of trans people who will read fairy tales to children in schools and libraries, to take a few examples. All this is part of a larger trend of sexualizing the public space, where equivocal parades take up more and more space, while this and similar things are normalized in the media and in the public debate.

Nevertheless, minorities and all kinds of deviants won their freedoms and rights many years ago. As usual, the left repeats its activism, time and time again. Their fight for justice takes increasingly strange forms, since justice has already been achieved so many times before. Now it’s about finding more and more marginalized groups and phenomena, or bringing them on board, in order to continue the senseless and increasingly degenerate struggle.

Today’s activism can be about throwing paint on artwork, gluing yourself to poles to disrupt events, or trying to block traffic during rush hour in big cities. Sometimes it can be about pure vandalism, violence and destruction as during the BLM riots, which the left thought were “mostly peaceful protests”. And in the art world we see more and more blood, gore and sexualization of children. It was a long time ago that art was created to celebrate the beautiful and eternal. Instead, it is about showing the ugly, the repulsive and the ephemeral.

Originally, radicalism and progressivism were about conveying visions and painting a supposedly better reality. And there was also an intellectual and spiritual challenge behind such projects. But nowadays the procedure has been degraded to an aggressive animal drive where you only provoke, destroy and arouse feelings of disgust. And we are constantly reminded that evil cannot create anything of its own, but only perverts the works of good people.