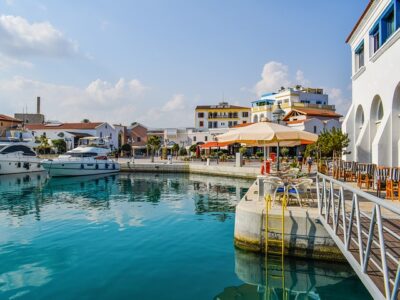 Many Swedes now live in a dysfunctional environment, with explosions, crime and high taxes but weaker social services. And more and more people are starting to wonder whether it wouldn’t be better to live in a warm shitty country than a cold and dark one?

There are many countries in the world with half-assed public services and criminal activity in the streets and squares, but at least they have beautiful beaches and a better climate. Maybe that’s why countries like Brazil will win in the long run? Despite their enormous challenges in terms of ethnic and class tensions, they have a nature that many compare to paradise. The country has also enjoyed strong economic development in recent decades.

We have already seen a wave of Swedes emigrating to London in particular, but also to Thailand, Florida and Spain. In many cases, these are pensioners who want to live out their final years in the warmth, rather than stumble on icy streets and break their hips. But more and more working-age individuals are also packing their bags and leaving the country. They realise that the cultural difficulties of moving to another country outweigh the existing challenges in Sweden. Many families with children have also grown tired of Swedish schools, Swedish children being in the minority, the risk of crime, etc.

The concept of white flight was coined in the US, where the white middle class quickly leaves areas that become crime-ridden and moves to better neighbourhoods where they can live quieter and safer lives. Can this happen on a national scale? The problem with Sweden is that there are few safe areas left, especially in the big cities, and if you are going to do a white flight within Sweden, the move is directed to residential areas that are very expensive. And when many Swedes consult their bank account, they realise that it is cheaper to move abroad.

Several countries also offer a better business climate, with lower taxes and less bureaucracy, and schools that provide a more traditional curriculum. And if you’re lucky, your children might even be able to cycle to and from school, as they did in Sweden 20 years ago, without the risk of being robbed or harassed. There are a lot of countries where this dream can become a reality, and without having to pay 700.000 dollars for housing.

So what will happen to Sweden?

We know from experience in Ukraine that millions of people can leave a country in a short time, if they are sufficiently motivated or their lives are threatened. In the first wave it is well-educated and committed citizens who leave, and in the second wave anxious middle class, who do as everyone else does. A large-scale wave of migration could result in a depletion of the tax base, and that of course leads to a difficult situation for the high-tax society, which is generous with subsidies and allowances. Perhaps the government needs to tighten its belt and stop being so generous with taxpayers’ money, which could affect refugee immigration to the country that is tax-funded and ideologically driven. There is also a risk that the government will become increasingly repressive, imposing restrictions on foreign travel or requiring Swedes abroad to pay taxes as well. Demands for repayment of student loans or payment of deferred capital gains tax could also become tools for retention.

House prices are likely to plummet as people move out, with the risk that some travellers will find it difficult to sell at a reasonable price. Presumably a patriotic, low-educated and penniless crowd will stay, and they will probably influence policy in their particular direction. This could also create change, given that the country is not depleted of too many Swedes, that the remaining ones are numerous enough to be able to influence.

Of course, this whole discussion is based on the fact that people in Sweden are not doing anything about the situation today, that they are not solving the social problems, and are allowing the downward spiral to continue. Which path is chosen remains uncertain.