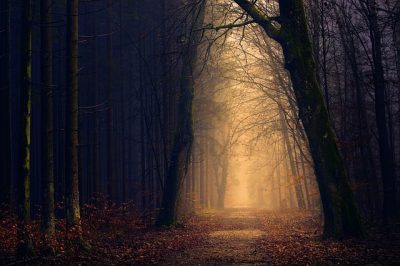 Slavery is considered wrong and reprehensible, but there is a historical background that may shed some light on the matter. In ancient Greece, prisoners of war or criminals were often enslaved. The penalty was labour instead of imprisonment. Prisons were unusual and were probably seen as meaningless as the general perception was that the perpetrators would do justice to society by working, and not being locked up. A slave was a person who had debts to society, and most of his production was seized as repayment. Perhaps it will be easier to understand societies that used slaves by getting to know how the practice originally started.

It was not unusual for unwanted children to be put out in the woods. Life was hard, and sometimes not all mouths could be fed. In order for the majority to survive, the individual was sometimes sacrificed. The approach sounds brutal, but it was the abortion practice at the time. In the Roman Republic, a father could kill his sons even in adulthood if they proved incompetent. So here we are not talking about abortion weeks but about a quarter of a century. And it is also historically interesting whether various forms of abortion should be seen as a right- or left-wing position? For we continue to terminate our offspring, though in other ways, and for other reasons.

Mankind’s first tentative feuds and wars can to a greater extent be explained as competition for hunting grounds, fields and fishing waters – than for bringing glory to the people, the king and nation. Maybe the fields were no longer sufficient, the tribe grew, perhaps not enough children had been left in the forest? Then the neighboring people had to pay the price instead.

My examples come from older warring cultures, where resources were often meager, a situation that today’s people can hardly imagine. Distress trumps and perhaps even reinforces what is right and wrong, and man instead becomes pragmatic and close to the earth that gives birth to him and one day envelops him. Our ancestors made enormous sacrifices to ensure the security and survival of society. They paved the way for our generation.

Let us look at law and justice in a broader and more contemporary perspective. Most people agree that rules are a natural part of a civilized society. But a law is not really a law just because a majority of the people voted for it. It’s not enough. If 51% of the population votes to plunder the other 49%, it will still not be right.

What then constitutes a law?

There are higher values, a kind of natural law, ethics and morality. The phenomenon has several names. It is sometimes called common sense nowadays. Even a child knows what it’s about. Therefore, a total and complete democracy is wrong. The will of the people must be balanced against what is right and wrong for real, and not be driven by trends, loose ideas, upset minds, anger and hatred. Perhaps the massacre after the French Revolution is the best example of degenerate popular will. Yet today we find it extremely difficult to speak in terms of higher or eternal values.

We are often blinded when it comes to democracy issues. Few admit that fair democracy can all too easily turn into mob rule. If, in a discussion between ordinary people, I were to claim that democracy is not enough, and that in some cases it can be wrong, then I would be mocked and given the cold shoulder. But you who read this slightly more explanatory text understand. It takes some time to get acquainted with things, time to realize that the world is often more multifaceted than we think.

We must stand up for what is right and wrong, beyond the day-to-day political nonsense, outbursts, tactics, lies and greed for power. We must correct ourselves, not be deceived, not be persuaded, be tempted to pledge our pride and our humanity. For if we let the wicked and the disgusting lead us, what are we then, who are we to allow ourselves to be led by such forces? Our ancestors made many unpleasant decisions due to scarcity and hunger, we ourselves have no excuse.