The closed down society 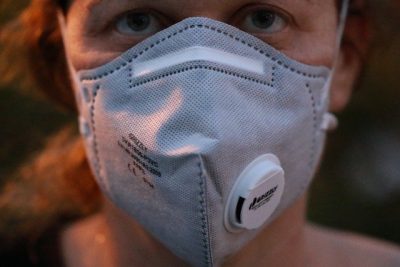 Already in January we knew about how the coronavirus (COVID-19) behaved, about how great the risk of death was for different age groups, and that a significant proportion of the sick needed intensive care, sometimes with a respirator.

We also realized that if the infection spreads, our healthcare systems would not meet the need. The hospitals would become overcrowded, we would not have enough care places or staff, and not enough equipment. All this was already known in January. It is easy to be wise after the event, but it is often these contemplations that create better emergency plans for the future.

Of course, it would have been easier to shut down all traffic from China and the Alps at an earlier stage, than currently struggling with an already overloaded and ill-planned health care system.

Most European countries have closed schools, and we have emergency law and varying forms of quarantine. In France, citizens are asked to fill out a special form with special reasons for the outdoor stay, if they do not have the paper with them, they can be arrested by the police. The French have also said that they are willing to nationalize companies to save them.

Cinemas, sports arenas, cultural events are closed. Many shops have also closed, mainly food stores and pharmacies are open. Here, too, queues can arise outside, as many countries have placed restrictions on population gatherings, in some cases 100, or 75.

Some goods are starting to run out of stores. It was already difficult at an early stage to get efficient masks for viruses. Yesterday I saw pictures from a small shop in northern Sweden where most of it was picked. And even the famous toilet paper – which everyone discusses on social media – is slowly starting to make its mark.

The situation is starting to become unreal, scary, around Europe. Curfew, police checks, shortages, closure of private businesses, and talk of nationalization. What we are experiencing now is not far from the situation in some totalitarian states 50-60 years ago. We also know that a crisis or war often leads to a kind of socialism.

State power takes over most of society, and citizens can be forced to almost anything, they can even be expected to sacrifice their lives. Food is rationed, factories are taken over by politicians, staff can be paid with food vouchers, everyone is expected to line up, otherwise they are considered traitors and can be brought to justice. Free movement and free speech are like blown away. A nightmare for the citizens, but oh so practical for our leaders.

What we are thinking about right now is – what will happen next? What if we don’t get rid of the virus in a few weeks? We do have to resume all social functions, even if the infection is still there. We must save our companies and we must keep society going.

This could be done already today. If everyone had access to masks and gloves then we could go out and take care of our most important everyday business. The shops would partly have to switch to home delivery, and restaurants would have to test their staff and show an extreme cleanliness, but everything is possible.

Many people worry that it is best to stay at home so as not to spread the infection – yes, it is true – but sooner or later we still have to get out, otherwise society will collapse. And here comes my next criticism of politicians and experts.

If a corona virus had spread 30-40 years ago instead, would we have been better prepared then? Probably. We had better crisis preparedness and greater emergency preparedness at that time. We also had more domestic production of medical supplies and other things. You could scale up production, hand out masks and equipment, and keep the community going.

In the happy 1990s, politicians discontinued the state’s most important functions. When the Cold War was over, the risk of war and crises would be minimized. At least that’s what you thought.

The government is needed most in times of crisis, or when a crime is committed, simply when society becomes asymmetrical. Today, the state power has acquired new tasks, and they boast many experts, none of whom have so-called “skin in the game”. And none of these new tasks seem to have to do with crisis management.