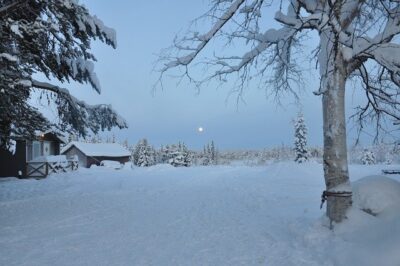 I rang the bell several times, but no one answered. Sometimes he would listen to his old 78s and it would take him a while to get to the door. Just as I was beginning to despair and thinking of going home, the Count appeared in the stairwell. Dressed in a dark gray coat, elegant tie, and a shaving lotion whose scent few have experienced since the 1940s.

“If you’ll excuse me, the muttonheads asked me to come to the Rosenbad to discuss some business. My discretion forbids me, of course, but I can tell you that this clown gang is out on a real limb.”

He sounded cheerful, opened the door and we entered the floor. As usual, he sat behind the desk and I sat in the armchair in front of it. This time he offered me wine, not brandy. I began to sense a pattern. He drank wine when he was in a good mood. Cognac was something that was consumed when he was restlessly thinking about things. Sometimes, on rare occasions, he would take out the grappa, and that meant he was angry.

I was about to put the wine in my twist when I glimpsed the label. He smiled amusedly.

“Sure, they can do more than manipulate the banking world. It’s not a bad vintage either. So, what’s going on? Are people still messing with that flu?”

“Well, it seems to be going on for a while longer,” I replied meekly, and started fiddling with my pad and pen. Hoping he would take the hint and start dictating right away. But it wasn’t that easy. I should have known.

“That prime minister is a cheeky character. He had the nerve to interrupt me when I was explaining to them that … Well, no details, but he should know his place. Labour seems to have exhausted its talent pool, there doesn’t seem to be any left. Talented people, that is.”

“I bumped into the opposition leader on my way home too. He’s not exactly a powerhouse, he should order his tailors to reinforce the shoulder pads. I don’t find it very likely that he could work up the muscles through training.”

“What do you think of that Blekinge guy then, have you met him. He’s getting more and more votes.”

“Of course I’ve met him. He and the former communist were probably the most eloquent, but that’s not saying much.”

“No, that’s true. Few people have the gift of rhetoric these days.”

“Not only that. They don’t understand politics either. Don’t they teach Latin in schools anymore?”

“No, I think that was a while ago.” I took the pen to the paper.

“By the way, I almost forgot to mention it to you. I met Alicia the other week; she was passing through and we had dinner one evening. Alicia was delightful, as usual. An enterprising woman, extremely enterprising.”

The Count was referring to Alica von Sturmstadt, an odd acquaintance of his who reportedly ran some sort of climate research institute.

“Alica claimed to have found evidence for the climate change theories.”

“But we’ve had that for quite some time now, haven’t we?”

“No, I don’t mean those climate change things they write about in the papers. No, I’m talking about the cooling.”

I let him fill up on more of that expensive wine.

“Alicia has finally proven that our Holocene warm period is coming to an end, which means the ice age is coming back. Well, it’s going very slowly, of course, but in a few thousand years we’ll have glaciers all the way down in southern Germany. And of course the whole of the Nordic countries will be under ice. This may also be important from a political perspective, as we will already notice a gentle cooling in the course of 100 years.”

“Oh, and I thought it would get warmer.”

“Nonsense. You’ll notice that winters are getting a bit colder already in your lifetime. It’s nothing we can do anything about, it’s all driven by the earth’s orbit, rotation and its inclination.”

“I understand, but maybe it’s nothing to worry about at the moment?”

“After all, we don’t know exactly how fast the cooling is happening. Some parts of the Nordic countries might be uninhabitable in 100 or 50 years, it’s very difficult to predict. We should take into account that our country is already cold and has short summers.”

“So should we be worried?”

“Well, your children and grandchildren should think about the future.”

“So, it’s just pack your bags and move?”

“It might be worth investigating where in the world the climate will be pleasant. Alicia suggested that North Africa and the Middle East might be of interest. If a Swedish colony was established somewhere along the unpopulated parts.”

“While many people from the Middle East want to move to Sweden. Strange situation.”

“Well, perhaps we should suggest a change of countries? Come on, bring out the pad, I thought we’d discuss the post-war period again.”