The count on the other side of the world 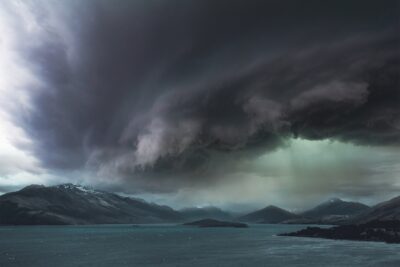 I had just come home from work. My new job, which I liked more and more, especially for the regular hours and the secure monthly salary. The work itself was not dissimilar to that of the average inner-city bureaucrat – typing, Excel sheets, reports, emails and phone calls interspersed with a few meetings and client visits. Whether working in semiconductor technology or pest control, the day-to-day administration was fairly similar.

The phone rang; and the second I answered it and lifted it to my ear, I began to sense trouble, the howling background noise and interference indicating an extremely distant call.

It was the Count.

I had heard nothing from him since he left the apartment and disappeared, as if swallowed by the earth; no one knew where he had gone. Now the familiar voice crackled in my phone, he continued talking as if we had met yesterday and nothing had happened.

– Good evening, I hope I’m not disturbing you too much. How are you?

– Circumstances do not allow me to reveal my whereabouts, but I am not exactly near our proud city on the Baltic Sea. No, I am far from all honour and integrity. My research led me here, that’s all I can say. But it was not to discuss geographical points that I called you. No, I have something to add to the text we have written and edited so far. If you remember in chapter eight, where I mention the Vikings in the East and the early history of Russia. There I would like to add a little footnote. Do you know Baba Vanga?

– No, or wait a minute; isn’t that the fortune teller?

– Her real name was Vangeliya Pandeva Gushterova, born in 1911 and blind from a young age, she lived a quiet life in Bulgaria. Many believed that Vanga had paranormal abilities, and that she could predict events, like the oracles of the ancient world. One prediction in particular has captured my interest recently, and that is the story of three Slavic countries at war with each other and finally united in a giant empire. The prediction is not unlike the events in Russia and Ukraine, but the question is which is the third country?

– Didn’t English tabloids like The Sun used to write about Vanga’s stories? Are you calling me from the other side of the world to talk about an old Bulgarian fortune teller?

– Well, she was born in what is now North Macedonia and not Bulgaria, but never mind. Much of what she said has been interpreted and over-interpreted, but there is a particular rigour to her thoughts that is lacking in charlatans and pretenders. We do not need to go into details. Let us say that sometimes there is reason to listen to children, drunkards and madmen alike.

I suspect that Poland is the third Slavic country. Russia will defeat Ukraine and out of the rubble a new Slavic union will rise, although today that sounds like a hoax as Poland is part of NATO and the Ukrainians hate the Russians. It was not long ago that we ourselves saw Denmark as the arch-enemy; things can change, and often it is former arch-enemies who form the most enduring alliances. I want you to mention Poland in the list in the footnote on page 299, and I want you to pack your suitcase and go down to Krakow and get me a book.

And he read out an address which I cannot mention here for reasons of confidentiality.

– What? Pick up a book for you in Krakow? And where am I supposed to leave it?

– Keep it. I’ll come and get the book when the time comes. We live in extremely dangerous and turbulent times, you know. Take care of your loved ones. The Anglosphere is crumbling and we don’t know what’s coming. This timeline is very fragile and loose in outline. I shouldn’t say this over the phone, but we won’t be seeing each other for a while yet; it is said that Shäpetwuul has been sighted near Bakhmut. I must hang up now. We’ll be diving again soon, and I won’t be able to reach you for days. Go to Krakow. Goodbye, my friend.