The journey to India 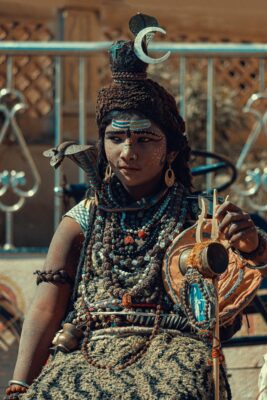 The Orient, and India in particular, has long been regarded by us Westerners as a remote and mysterious place, steeped in ancient wisdom and millennia-old traditions. Indian culture stood unbroken for over 5,000 years. They had no Christian religious conversion or disruptive Protestantism to change course significantly.

Indian civilization is more like a slowly flowing river, where change happens very slowly, and often in harmony with older wisdom and traditions. Skyscrapers and IT companies sit alongside ancient temples, and a motley population many of whom still live in poverty and squalor.

Umberto Eco mentions some of this in his novel Baudolino, the central theme of which is our mythological image of the Orient, which is then moved to the unexplored America of the Renaissance. Now it was in the West that the conquistadors would find the wondrous El Dorado, the city of gold and many other marvels. The Orient as a source of fantasy and mythology was thinned out, in favour of the New World.

Once the Americas were explored, domesticated and settled a few centuries later, the mystery disappeared too. And India once again became a source for the spiritually thirsty, and for those who wanted to find the answers to life’s riddles.

The four world-famous troubadours who called themselves the Beatles travelled to India in February 1968. Their final destination was Rishikesh in the north of the country, and they were to attend a transcendental meditation course under the guidance of the yogi Maharishi Mahesh. The visit was partly to do with the group’s rejection of drugs in favour of meditation. The event naturally attracted widespread media attention. The band’s interest in Maharishi’s teachings was driven by George Harrison’s involvement, he contributed to positive attitudes for Indian spirituality, and encouraged the study of transcendental meditation. The visit was also the most productive period for the Beatles’ songwriting.

The trip to India was also part of the transformative start of the Western critique of modernism and rational thought. The event went hand in hand with the so-called youth revolt, sexual liberation, feminism, the hippie movement, the left-wing movement, anti-racism, the peace movement, the environmental movement and much else that escalated later in 1968, and in the years that followed.

We often refer to this phenomenon as the ’68 movement, and it refers primarily to a kind of left-wing political tendency. And it’s certainly true, the socialists were quick to hijack this Dionysian primal force, which really heralded something else. Many were unconsciously tired of the Cartesian duality that isolated the rational from the spiritual. We became increasingly dissatisfied with the industrial project of modernism. We wanted to look inward, to find ourselves, for something had been lost along the way in the atomic age’s worship of rationality and blind faith in science. Perhaps man had lost himself, what we sometimes call soul, imagination, inner life? And perhaps the historians of the future will call the journey to India the breaking point?