Can be read as a stand-alone, or as a continuation of the previous article. 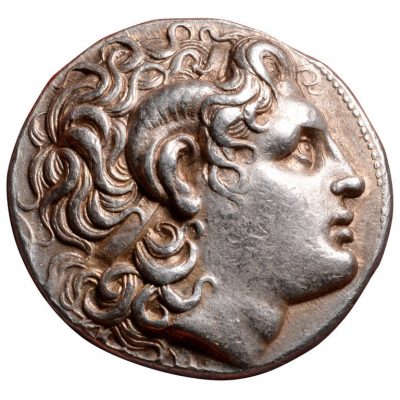 I swept the glass, took out the pad again, and Archibald Iratus began to dictate:

Older historians and archaeologists had a penchant for dividing epochs and events into different themes. One such theme is the idea of rise, heyday, decline and fall. This view is best illustrated by the ancient Greek chronology, in which the archaic period is described as the rise, the classical as the heyday, and the Hellenistic as the decline and decay.

The Archaic period 800-500 BC is characterised by progress and expansion, and the colonisation of the Mediterranean as far as the Iberian Peninsula. We see the development of the city-states, the establishment of the written language, the minting of coins and already then a relatively high level of art and architecture, inspired by the high cultures of the East.

The classical period from 500 BC to 300 BC is characterised by purity and maturity in art and culture, as well as a unique Greek expression; it is simply the period best appreciated by posterity. We also see Greek unity and successful campaigns against Persia, the great enemy in the East. The Greeks establish themselves as a people where both body and soul were challenged and developed.

The Hellenistic period 300 BC – 0 has long been viewed with scepticism and suspicion. Art and culture degenerate slightly and approach the decadent. The Macedonians, a formerly semi-barbaric tribe in the north, conquer the known world, led by Alexander the Great, and the Greeks become part of this multicultural and Greek-like world. It was also during this era that the circumference of the earth was calculated, steam engines and astrolabes were built and the library was established in Alexandria. Periods of decline sometimes turn out to be very creative, at least in some fields.

Soon the Hellenistic world was conquered by the Romans, science stagnated, and was used mostly to build increasingly grandiose palaces, aqueducts and baths. The mechanical wonders of Alexandria slowly disappeared into the mists of history, and could not be reproduced until 1700 years later. And the Roman era gave way to the Byzantine era, marked by isolationism, rigidity, bureaucracy and increasingly powerful walls against the barbarians who all wanted to conquer Constantinople, and they finally succeeded one spring day on 29 May 1453. The Greek adventure was over.

The older thematic division of history can be usefully used to describe our own times. It does not take much mental effort to realise that we are living in a period of decline, a Hellenistic era, to compare with the ancient Greeks. Science and development are still alive, even if the culture and spiritual life leave a lot to be desired.

We were culturally conquered by the USA (Alexander) about 70 years ago, and we live in a Western-like (Hellenistic) culture. The real West (classical times) died in the trenches of the First World War. As the Second World War is highlighted by the media and popular culture, the First World War is ignored and forgotten. It was there that we lost the idea of the eternal and the beautiful. We live in the aftermath.

The American world order (the Alexander Empire) is marked by cold wars and regional conflicts, we slowly nibble at each other waiting for the next conqueror, the Romans. Who today’s Romans are remains to be seen, whether they are Chinese, Russians or a reborn Europe? Who knows.

Alexander died at a young age, and his choleric generals took over the empire, with conflict and war between them. It is said that Alexander planned to march west, if he hadn’t contracted the unfortunate fever that took his life in Babylon. Had he overthrown Rome in its infancy, the world would have looked very different. How to translate all this into today’s situation I leave to the creative reader.

He ended the monologue. The session was over for this time.